Which musical production to watch in London? 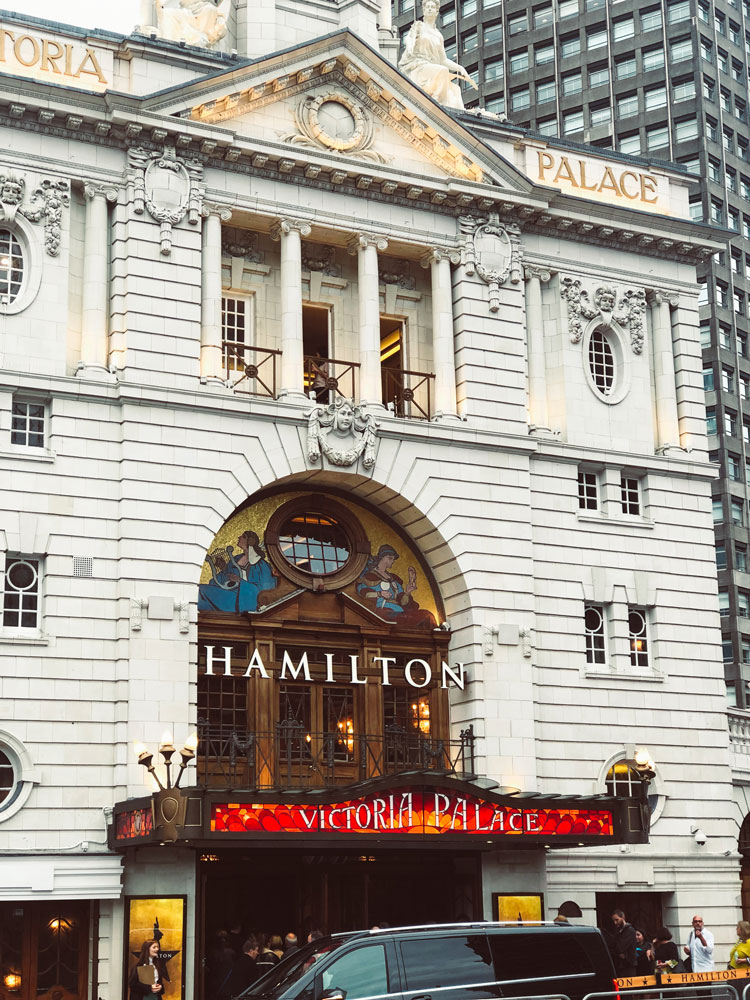 Not sure which musical to watch here in London? So this post is for you!

I love a good theater production! So whenever we can, we plan to go to the theater. The variety of productions here in London is amazing! And I am often asked for a tip on which musical to go for. My answer is usually that it depends .. 🙂 It depends on your interests and expectations because the offer is really varied!

For those who need a little help on this decision I decided to make this post highlighting what I think is coolest of each of the musicals we have watched. It is worth mentioning that the Theaters are usually a separated attraction, the vast majority are very old but all beautiful and preserved. 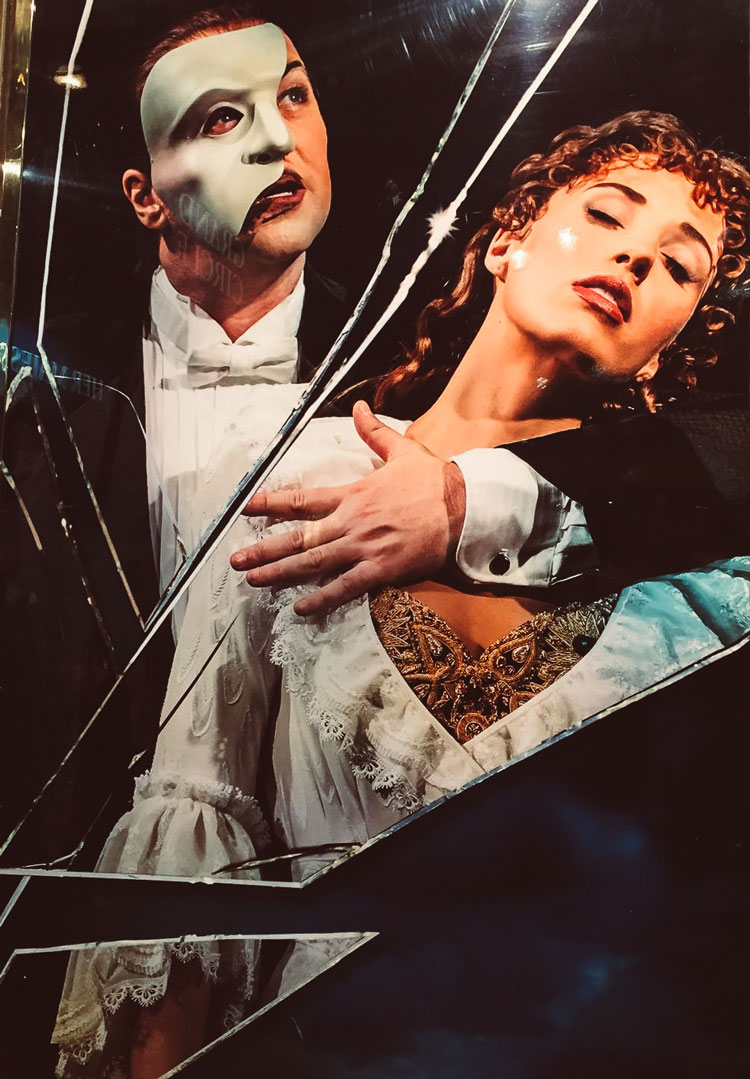 Regarding ticket prices, generally when you buy in advance it is possible to get more affordable prices. There are also those ‘last minute’ deals, although the places available aren’t the best but in some cases it may be worth!

Food and drinks in theaters are often expensive and not very good, canned popcorn and dull candy. On the other hand, many restaurants near theaters offer special pre-theater menus, which can be a good option. The shows usually have an average of 2 and a half to three hours of duration so plan and try not to rely too much on the theater bars.

Even now a days, after living here in London for full four years and considering my English much better than before, it is difficult to understand in detail the dialogues in the musicals. That’s why I always recommend researching the story a bit to make sure you won’t be completely lost! 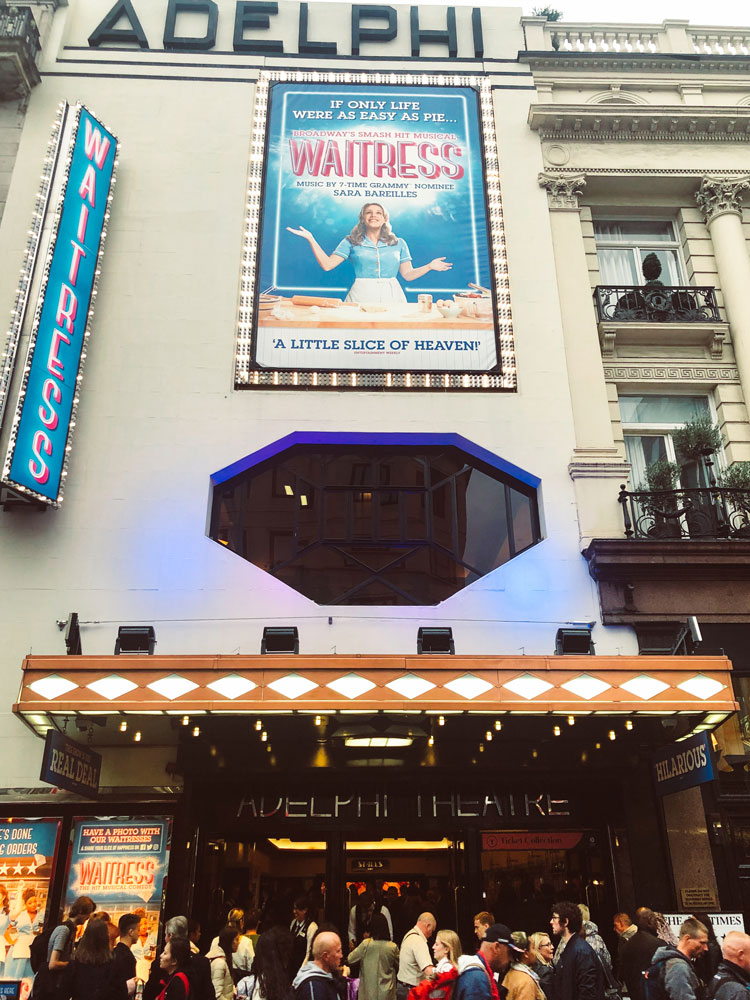 Now let’s talk about the musicals:

Most beautiful production I have ever seen!

Lion King is without a doubt my favorite musical! The show production of is amazing and they were able to reproduce the look and feel of the movie very well. I already watched 3 times ..! The first time when I came to study in London, the second with Flavio in New York and the third most recently around here with Guilherme – who LOVED too.

For those who are looking for a Classic

The Phantom of the Opera is another beautiful production with wonderful songs! A little less dynamic than the Lion King but also exciting. Based on the French novel of the same name, the musical revolves around the story of a love triangle behind the scenes of an Opera in Paris. Christine, a young actress, falls in love with this mysterious figure – the ghost of the opera and follows a somewhat tragic trajectory. I love the songs of this show.

Les Miserables is another classic playing for a while here in London. It is one of the most famous and staged musicals in the world. Another French novel tells the story of a former prisoner named Jean Valjean who after nineteen years in prison is released on parole by police officer Javert. Wonderful production and musics too.

For those looking for a humorous musical

The book of Mormon – I had so much fun watching this musical! A friend recommended and we went without much expectations and we just loved! If you have problems with religion-related jokes or a dark mood, this play may not be for you. Not that I found anything offensive but the musical is a religious satire that shows the trajectory of two Mormon missionaries attempting to catechize people from a Ugandan village.

For those who like to singing and (why not?) dance!

For those looking for a modern production

Hamilton is currently one of the trending musicals here in London. I had to buy tickets with more than three months in advance so much is the demand for this show that has won several awards. The relatively recent production, started off broadway in 2015, and tells Alexander Hamilton’s biography – one of the most famous figures in US history across major American political milestones. The production is great, I love it when there is lots of dancing and cool choreography – makes me remember of my dancing lessons! – and for Hamilton you can expect also hip hop, pop and soul which is not very usual in musicals which ends up making the show special.

Waitress was the last musical we went, I didn’t had much expectation and I liked it! The show tells the story of a waitress who lives a troubled marriage and finds out she is pregnant. The production is fun, the songs are cool but not much dance. Expect some typical American jokes. It is a light and fun option for those who have watched the main productions.

Waitress today is playing at the Adelphi Theater here in London, where a while ago we watched Kinky Boots which was another musical I LOVED! Unfortunately it is no longer playing here but it is a show that I would highly recommend as well. Kinky boots tells the story of Charlie who inherited a shoe factory and ends up partnering with Lola a drag queen that will help him revolutionize his business.

Another musical that I loved and is no longer playing here in London was Billy Elliot. I find the story of the aspiring dancer so inspiring!

I tried to create a category for Wicked but I couldn’t .. it may be a bit of a personal tease since it was the musical that least excited me, but if you like witch stories lol it’s worth checking out!

The next musical we are planning to watch is Matilda! Which is also a long running classic here in London. Once we can go I update the post here. 🙂